A Country House and Castle Library 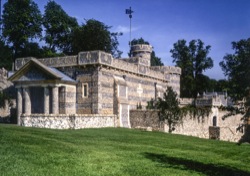 Our clients' Grade II listed house was a brick and flint Tudor building with an 18th century Georgian façade which he wanted brought up to 21st century standards.

We have found that buildings within buildings can sometimes hide some serious problems and so it proved to be.

The structural engineer understanding the Georgian's propensity for light, suspected that the builders may have simply punched holes for windows straight through the Tudor fabric leaving it structurally unsupported.

And so it proved when he requested some internal plaster to be removed.

What was revealed was a near 3cm crack that travelled from roof to ground and all the way through the wall.

The engineer determined that the whole building had only managed to stay upright because it was built on relatively stable chalk, rather than the heaving clay lower down the valley. It meant a complete rethink as all that was self-supporting were the impressive chimneys.

Rather lose the whole structure, a plan was devised to support the outside walls with a completely new interior supported by some serious underpinning work.

Despite the major setbacks, the end result was what our client hoped for; his Georgian House with Tudor origins brought into the 21st century.

With a precious and substantial book collection, our client wanted a secure buiding to house them.

Understanding his Irish hertiage, we suggested that we pick up on the Irish vernacular where substantial country houses were often built by the Georgians in front of their castles. Why not we suggested, build a castle to hold his library of rare books and manuscripts behind his updated Georgian house?

With a ready supply of Tudor bricks and flint removed from reconstructing the house we were able to bulld our client's library and connecting space in substantial concrete, but with a glorious flint facing of knapped, knap and square, raw, random course and coursed in bands, that not only looked fantastic, but also tied in with the original Tudor building. And at 2,000 square metres, it was also the largest flint project in the UK since Goodwood House in the 18th century.

We even had enough Tudor bricks left over to build an orangery.

Behind its neo-Norman, flint-clad exterior, the galleried library is fitted with extensive bespoke wooden shelving and is state of the art throughout, with a museum-standard air-conditioning and heating system while the glass latern roof which poured in light, is UV filtered to protect the precious collection.

As the images show, it is a tour-de-force of not just craftsmanship where we designed and meticulously drew every detail, but also carefully selected the materials - carrying this process right through to the minutest interior detail of mouldings, marquetry and carving. 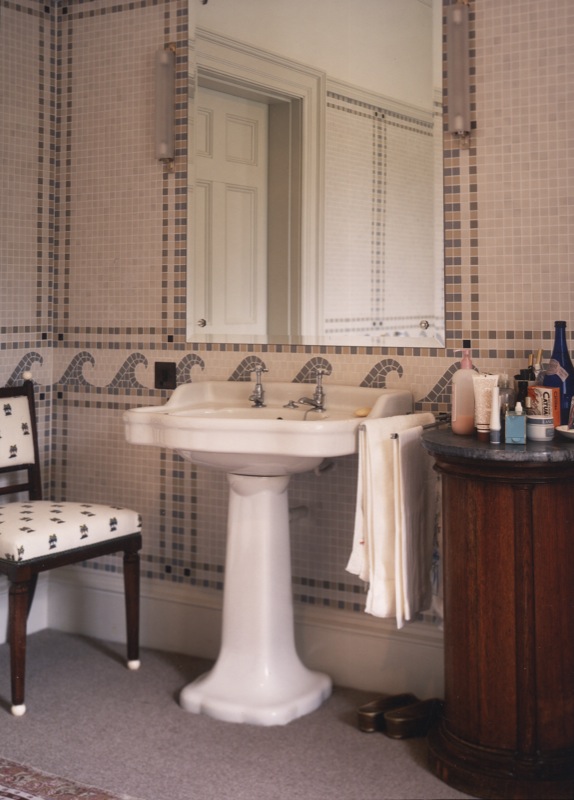 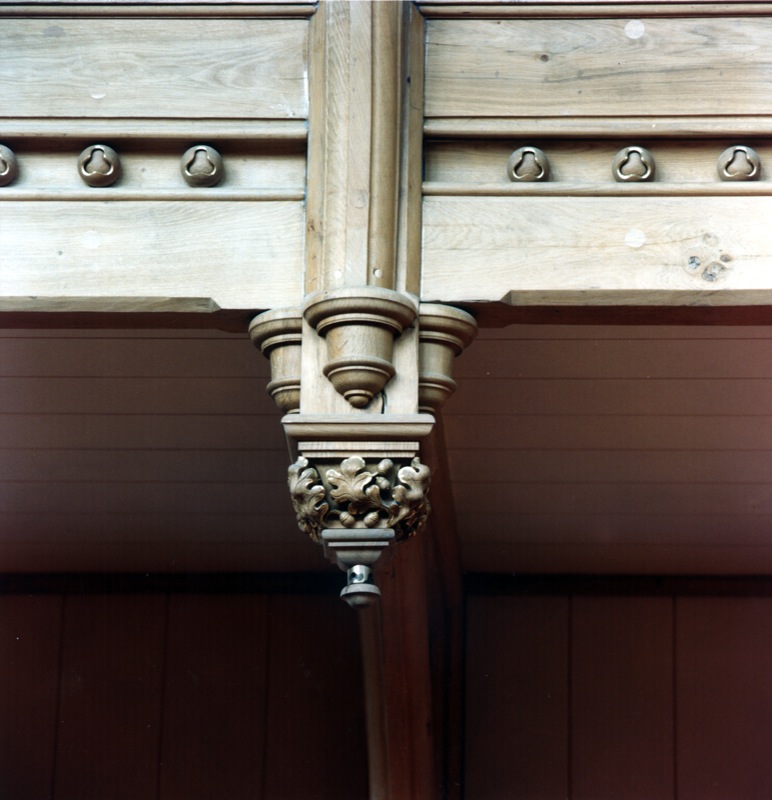 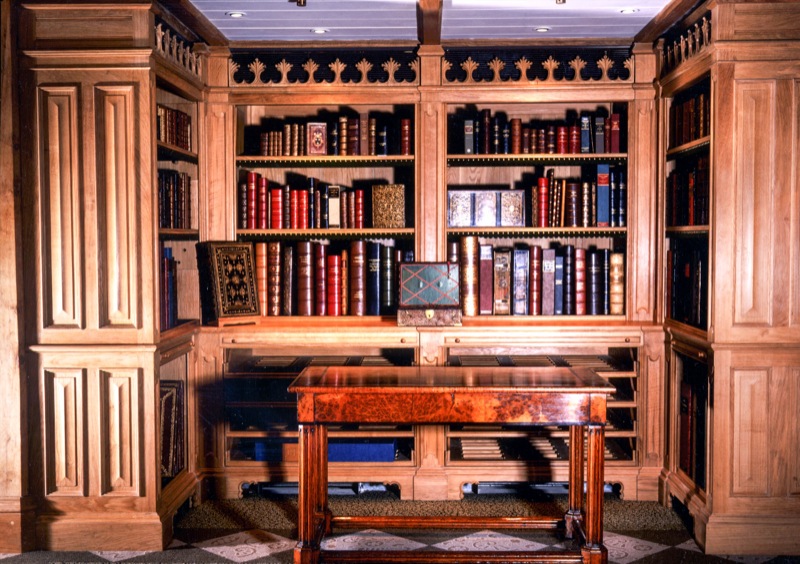 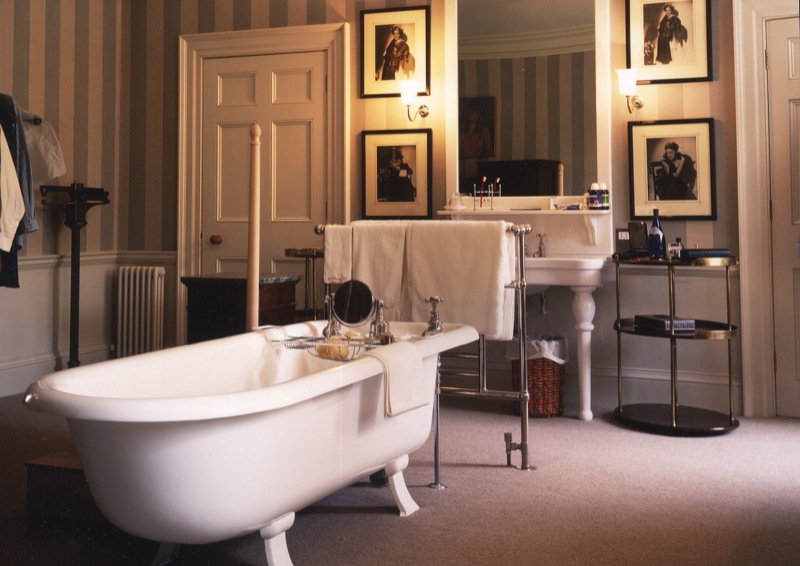 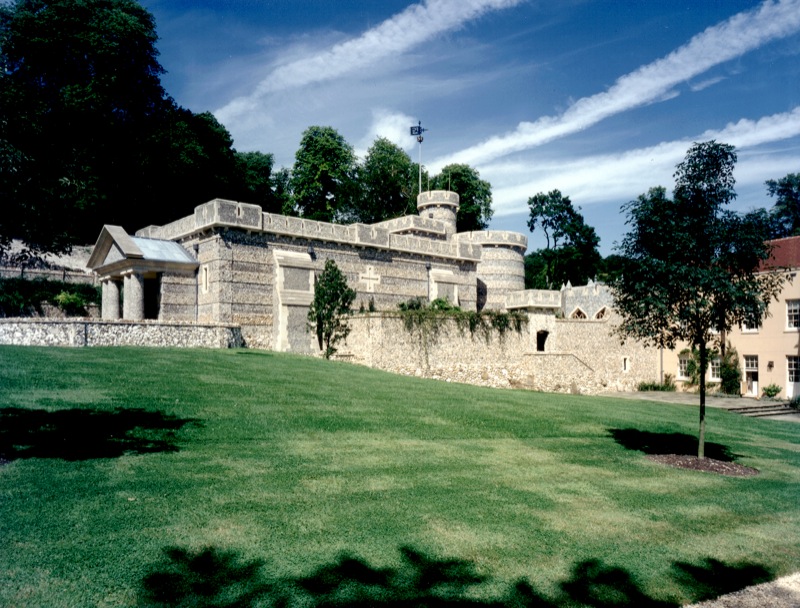 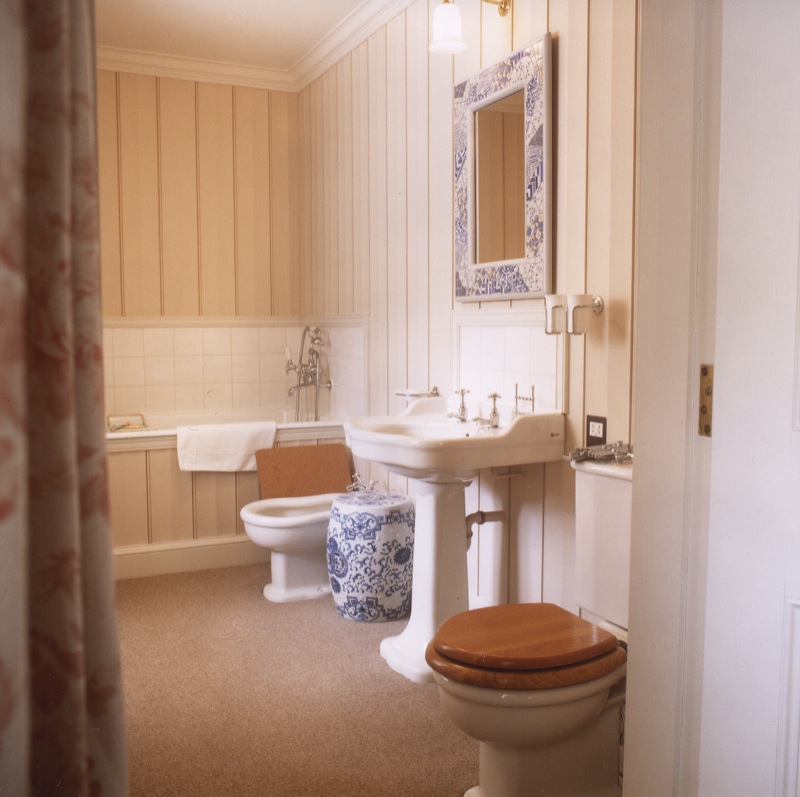 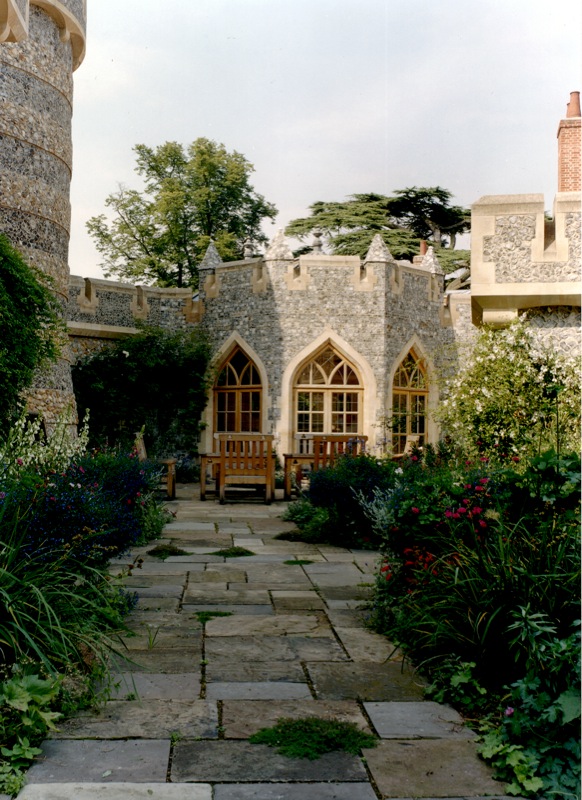 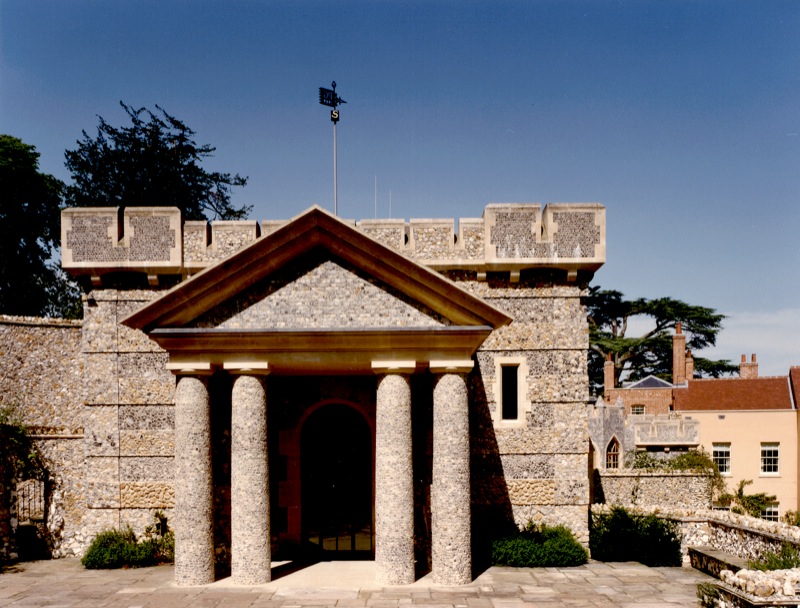 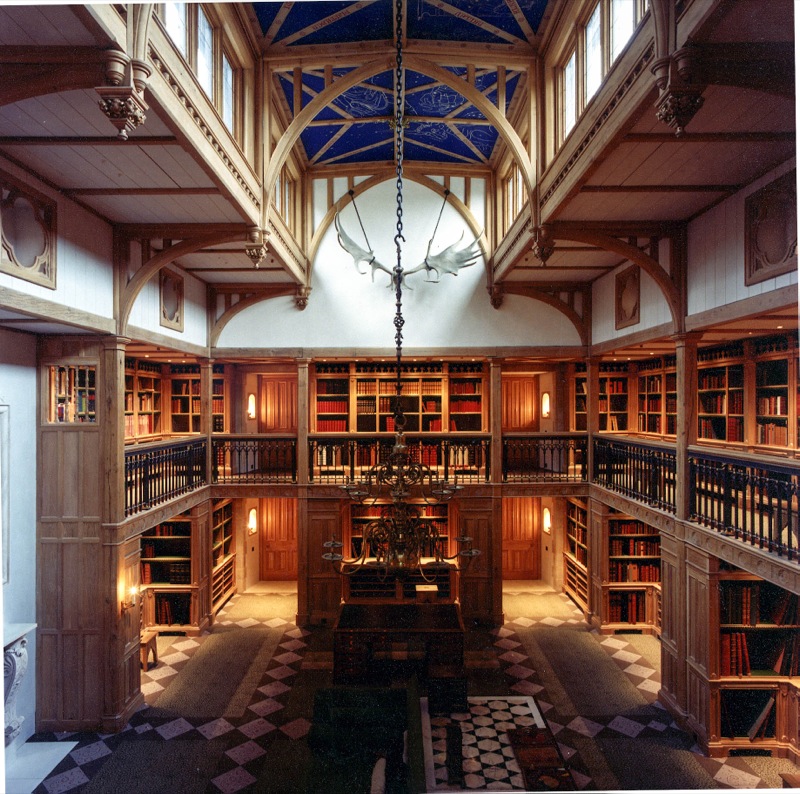 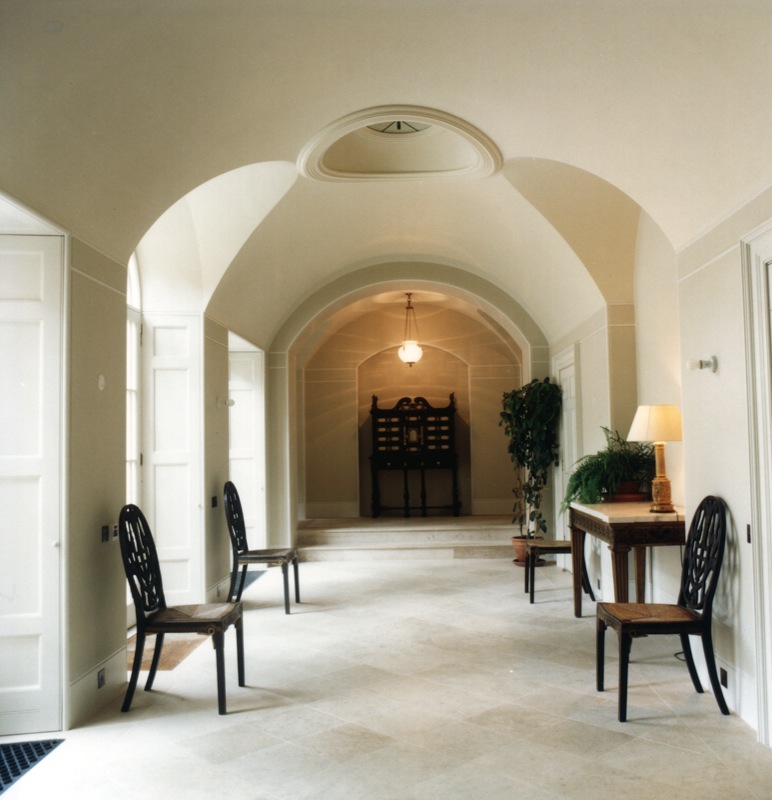 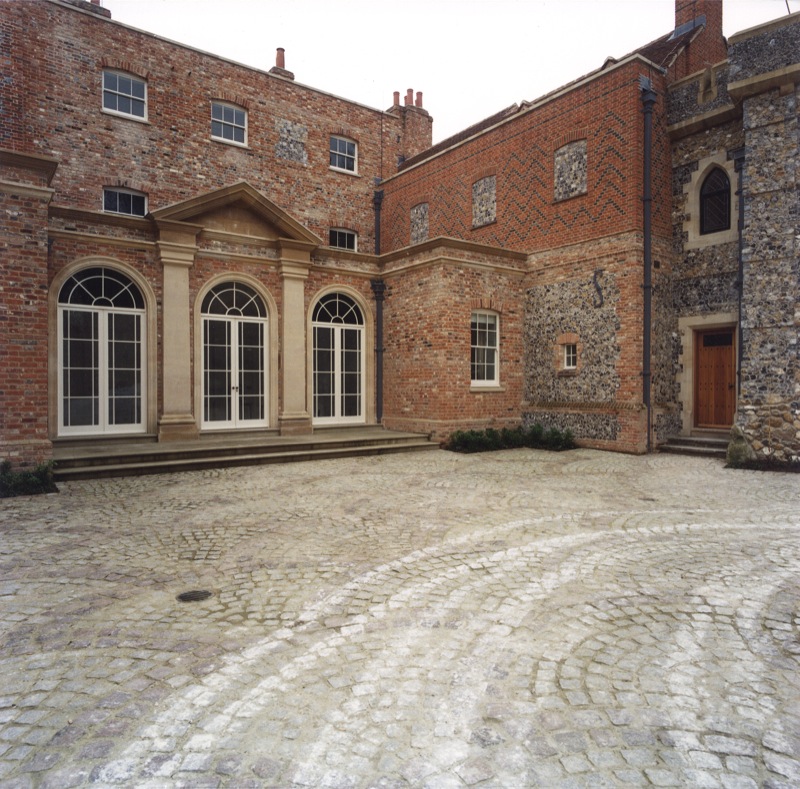 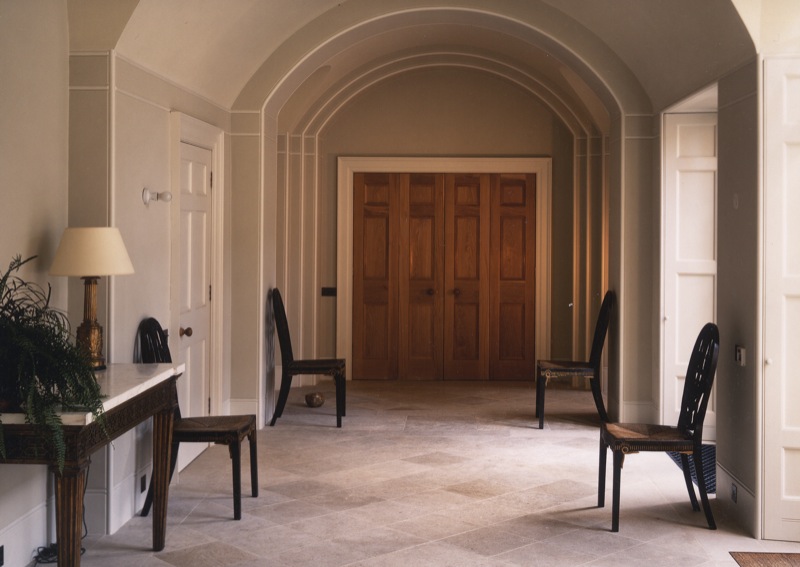 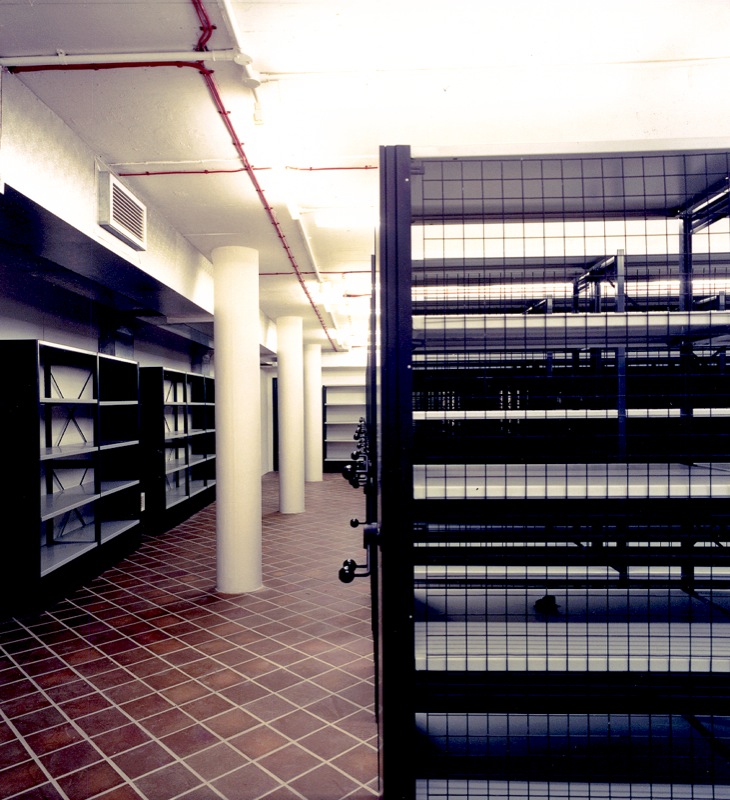 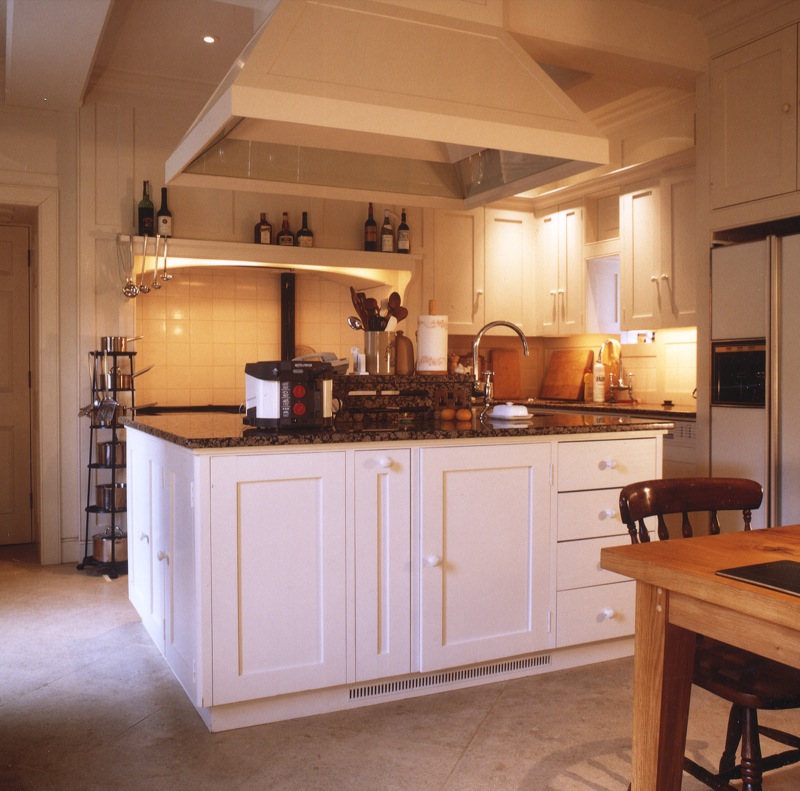 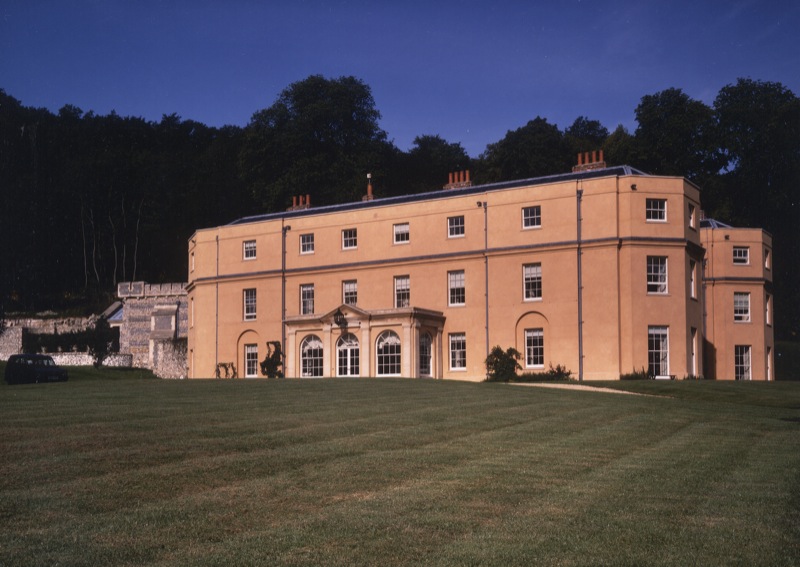 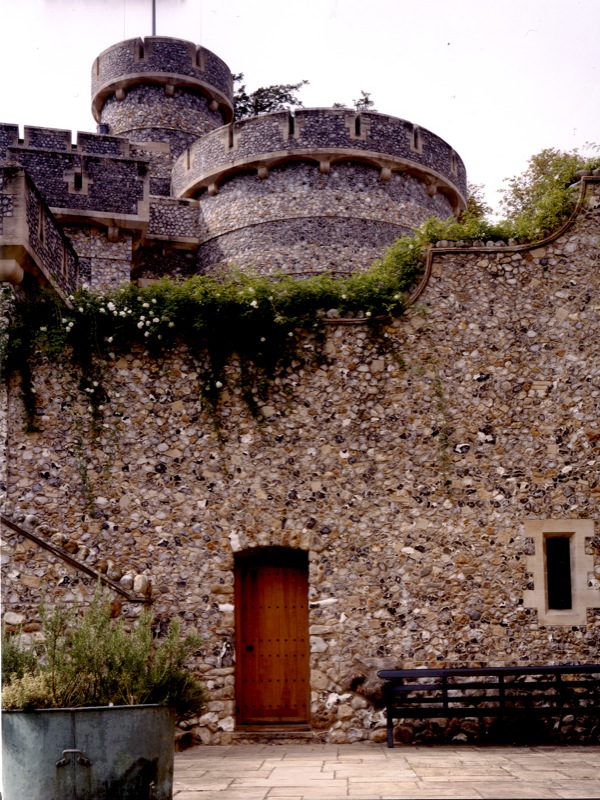 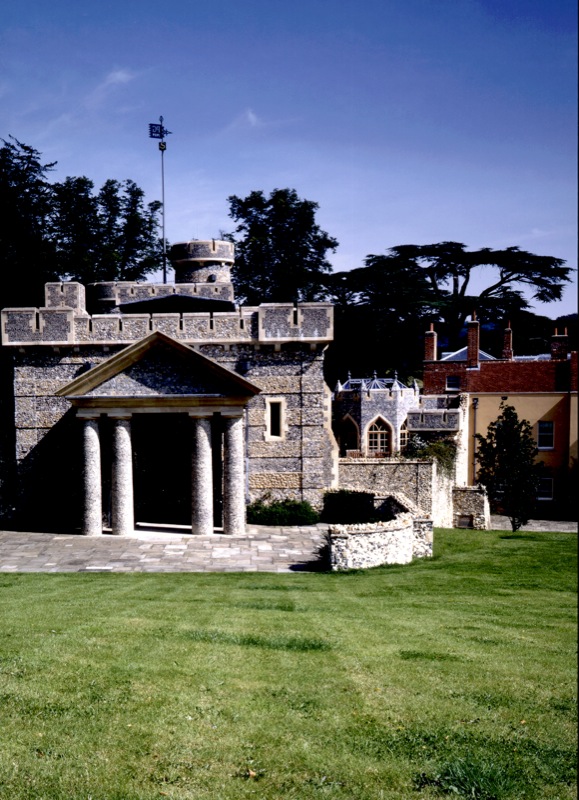 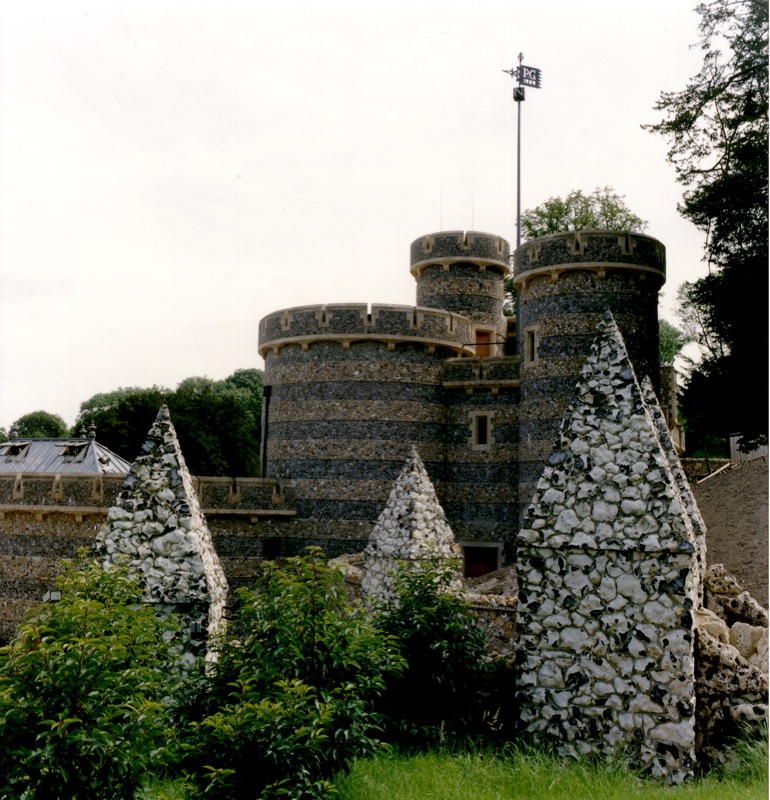 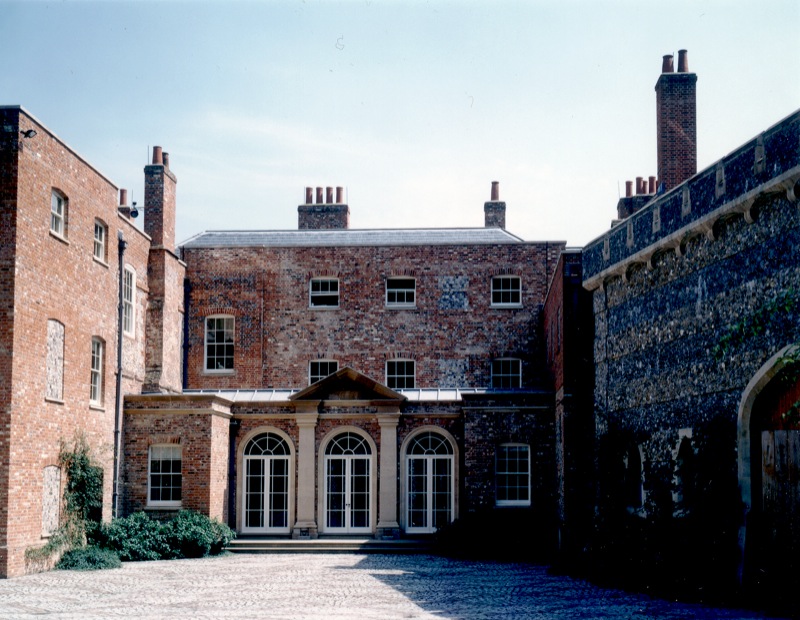 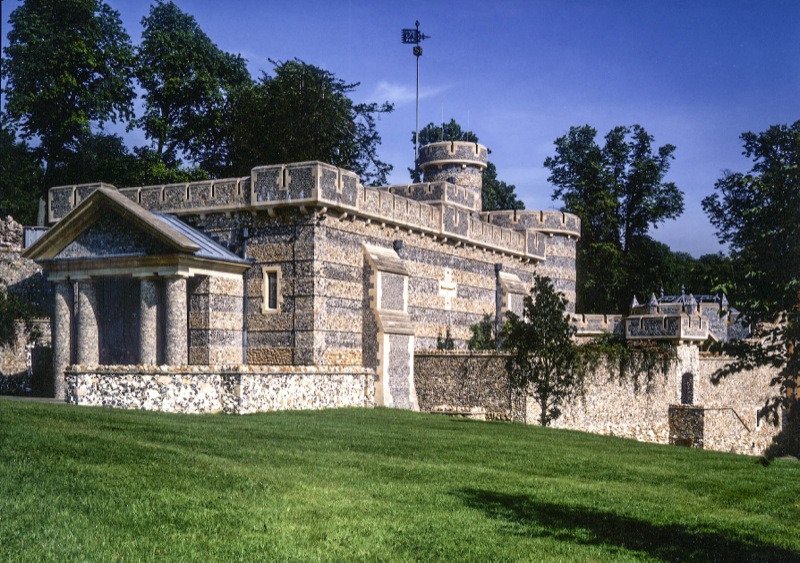 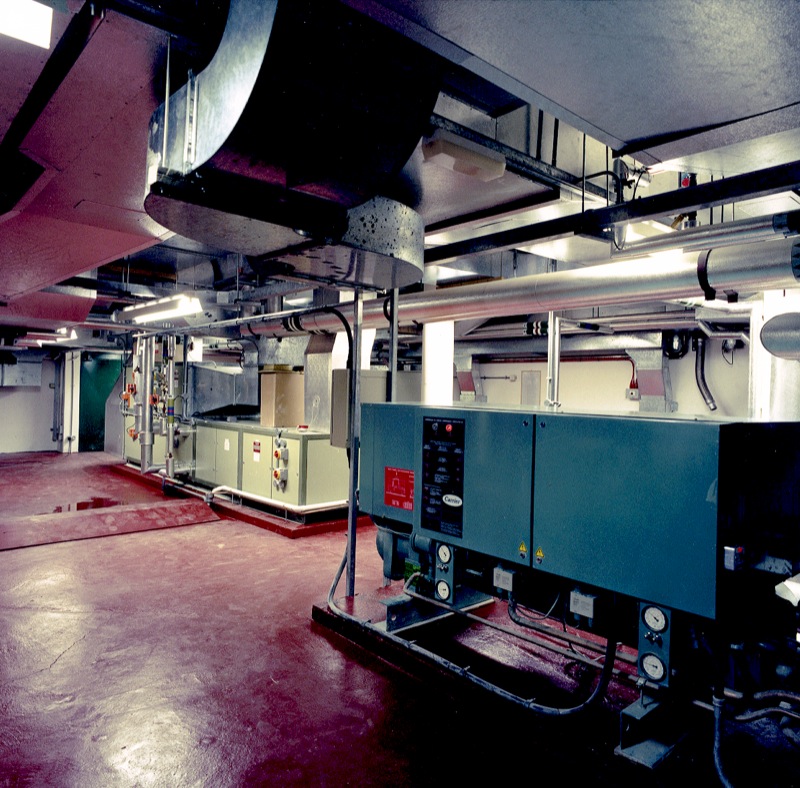 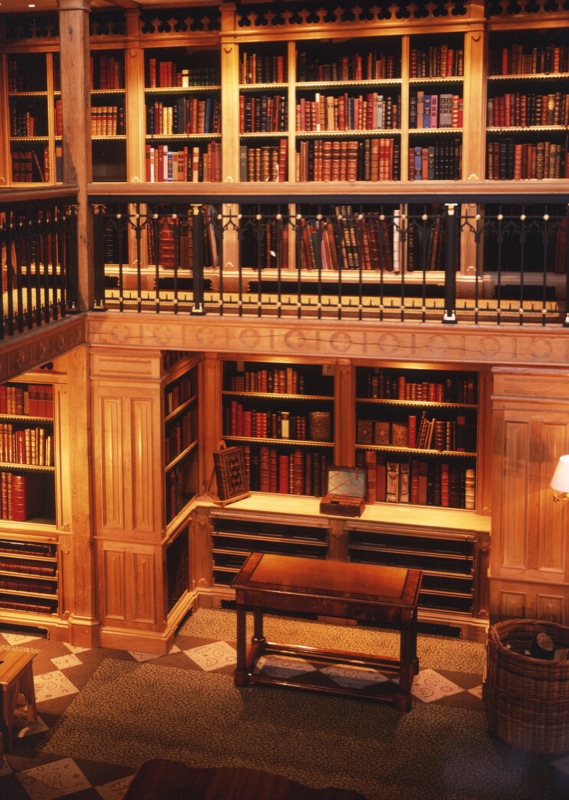 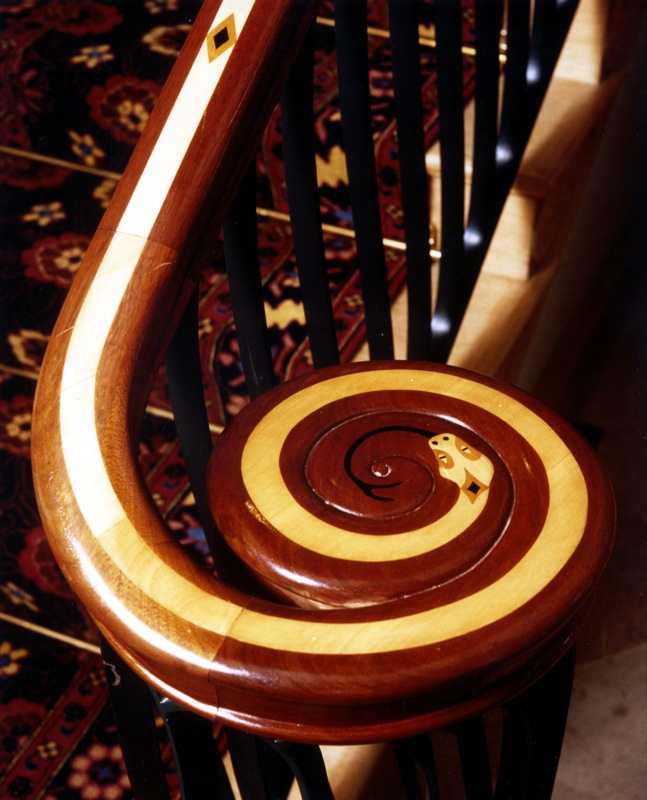 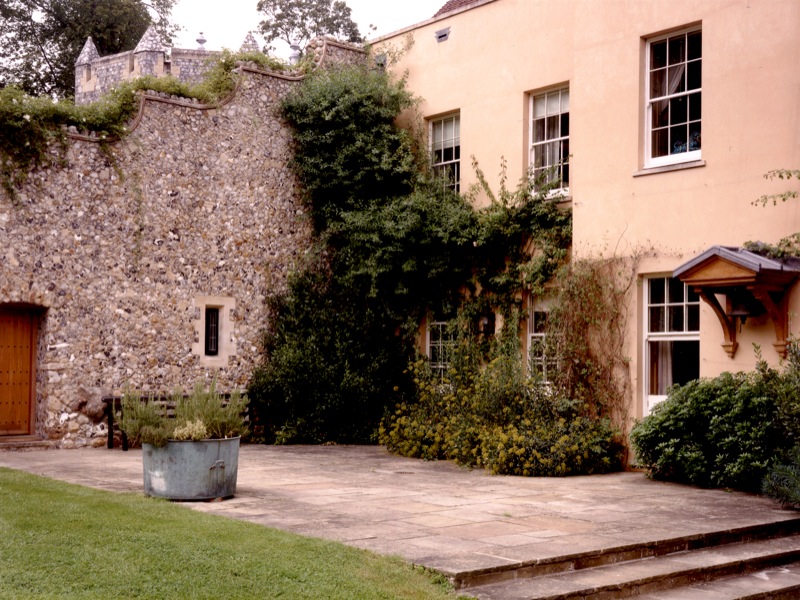 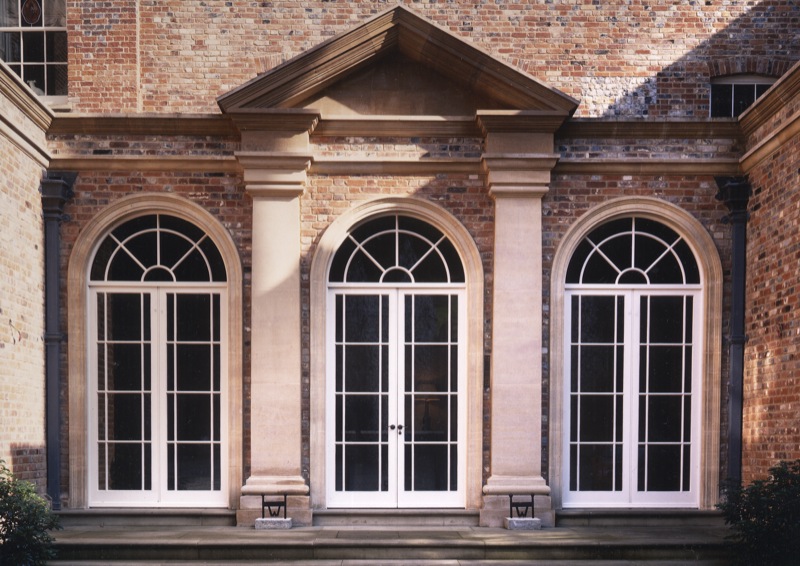 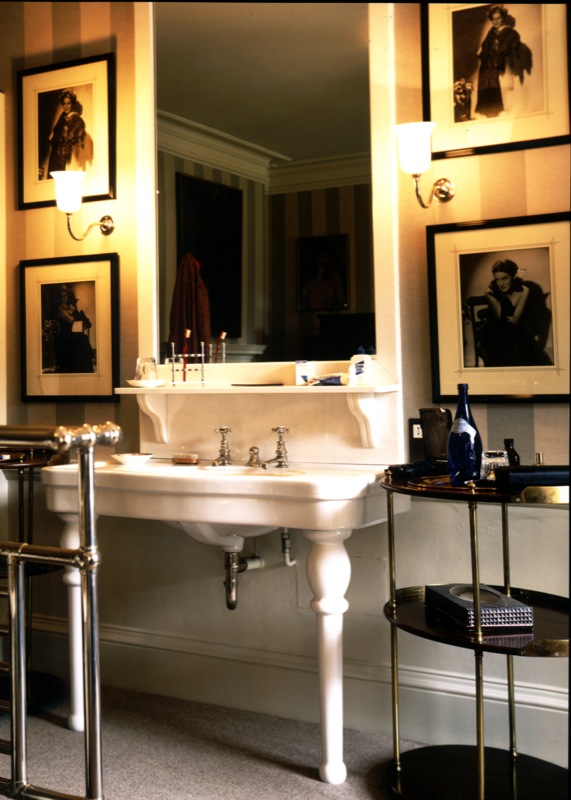 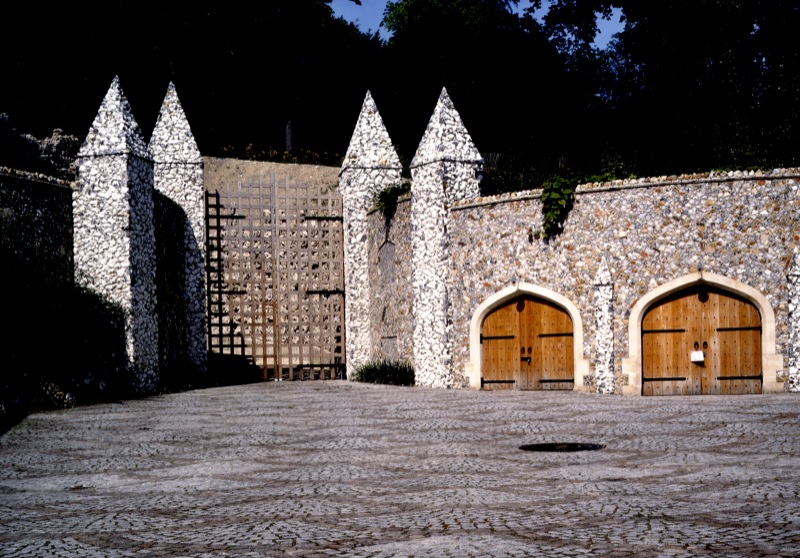 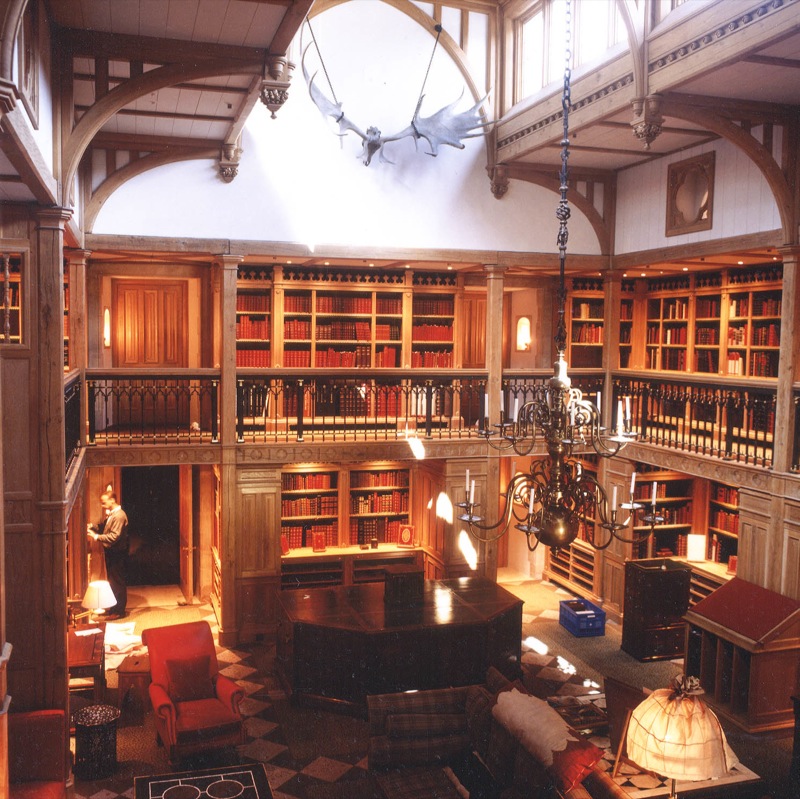